The Rev’d Thomas H. Harbold, or “Father Tom” for short,considers it a great honor and privilege, responsibility and blessing, to have been called to Christ Church Anglican, Southern Pines, to be our first full-time Rector.

The grandson of a Methodist minister, Fr. Tom considers his journey to Anglicanism to be very much in line with what John Wesley – a life-long Anglican – had originally intended! Active and involved in a variety of lay ministries at the Church of the Ascension, Episcopal, in Westminster, MD, from 1989-2013, he left the Episcopal Church for traditional Anglicanism, and was ordained to the priesthood in 2017 by Archbishop Peter Robinson, Presiding Bishop of the United Episcopal Church of North America.

Prior to being called to Christ Church Anglican, he served as Vicar of St. Bede’s Anglican Mission (UECNA), in Carroll County, Maryland, and assisted part-time at Emmanuel Anglican Church, a parish of the Reformed Episcopal Church in Pipersville, Pennsylvania. He is now canonically resident in the Diocese of the Holy Cross (ACC), under the episcopal authority of the Rt. Rev’d Paul C. Hewett, Bishop Ordinary.

A Maryland native, Fr. Tom is a graduate of Western Maryland College in Westminster, MD, with a B.A. in medieval studies. He has spent time in Hawaii as a child; in Galway, Ireland, for a semester abroad during his undergraduate studies; in Nashville, Tennessee, where he attended Vanderbilt Divinity School for his Master of Theological Studies; and periods of about a year each in Pennsylvania and on Maine’s Mount Desert Island – which is mountainous, but neither a desert nor deserted!

In addition to his academic degrees, Fr. Tom also holds a certificate in park management, with a concentration in environmental education. His secular employment has focused primarily on natural and cultural history interpretation, outdoor and environmental education, conservation education, and sustainable agriculture education, as well as working in several museums and living history sites. He also wrote a weekly op-ed column from 2004-2014. Interests include nature and the outdoors, the British Isles, medieval history, reading, cooking, and gardening.

Sharing his passions with others is an important part of who he is, and nowhere is this more true than with regard to his Anglican Christian faith! 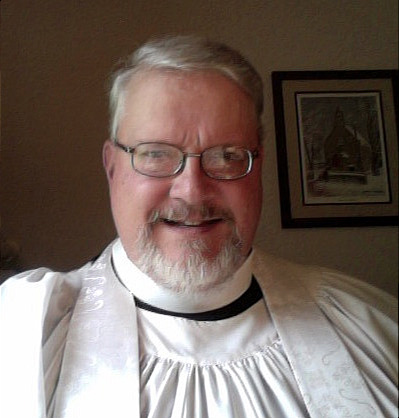 The Reverend Christopher A. Pokorny is a native of the Washington, DC area. He loves to read, enjoys a good cup of coffee (or tea), has a deep appreciation of the outdoors, and observes weightlifting as a spiritual discipline.

Fr. Christopher received a Bachelor of Science degree with a major in Business Administration from the University of Valley Forge. He earned a Master of Divinity degree from Nashotah House in 2015. Additionally, Fr. Christopher has received clinical chaplain training and has completed a Master of Social Work through Arizona State University. His studies have enabled him to conduct research on chaplaincy, spirituality and mental health, spending a good part of his research efforts to explore the intersection of spirituality and mental health.

Fr. Christopher was ordained a deacon in 2013, a priest in 2015, and was commissioned as an active-duty Air Force chaplain in 2016. He has served parishes throughout the United States and abroad in a supply and interim capacity. Fr. Christopher is endorsed as a military chaplain and is canonically resident within the Episcopal Missionary Church (in communion with the Diocese of the Holy Cross), under obedience to The Right Reverend Vince McLaughlin, Presiding Bishop.

Fr. Christopher and his family moved to the Sandhills area from the southwest in 2020 and began attending Christ Church. He currently serves in a full time capacity as a military chaplain at Pope Air Force Base and is delighted to serve as an associate priest at Christ Church as his military duties allow. 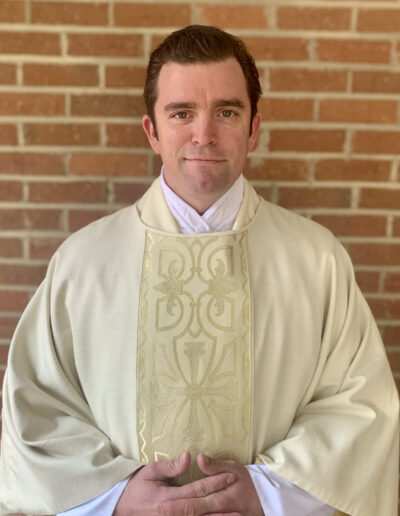 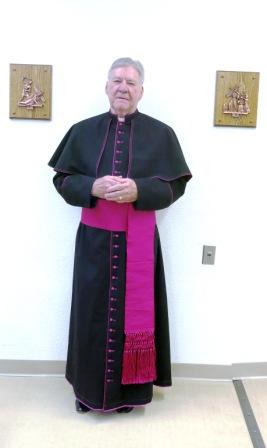 Bishop Edmund Browning, representing Bishop Tom Fraser, ordained Sharpe deacon on Nov. 18, 1973, at the Parish Church of Christ the King in Frankfurt, Germany. He was ordained priest by Bishop Tom Fraser, Bishop of North Carolina, on June 22, 1974, at Church of the Good Shepherd in Raleigh. His first assignment as a parish curate was in the Church of St Peter and St Paul, near Cambridge, England. During his academic career, Fr. Sharpe served a variety of Episcopal Church parishes in temporary assignments. He is now a priest in the Diocese of the Holy Cross, Columbia, S.C. and was installed as Canon Theologian of the Diocese on May 8, 2016. He was appointed to this position by the Right Rev. Paul Hewett, Diocesan Bishop.

Father Sharpe’s lifelong interest in books and history led him to an interesting career studying some of the earliest books: Coptic Christian books, preserved in the dry desert air of Egypt. He has written and lectured widely on these books and other rare documents.

Look closely any Sunday, and you may see Father B in his “civilian” clothes, enjoying retirement after over 46 years of dedicated ministry service. During 2021, Father B served as the interim rector of Christ Church Anglican.

The Rev. Duane C. Beauchamp (or “Father B”, as he has been known for years) grew up in Cambria, California. Cambria provided the opportunity to explore Pacific Ocean tide pools, cast a fishing line from the rocky coastline, occasionally swim in the pools at the nearby Hearst Castle and learn to drive on California’s famous Hwy 1.

Father B received a Bachelor of Arts Degree with a major in History with minors in Music and Speech from California State University at Long Beach. Fr. Beauchamp earned a Master of Divinity Degree from Nashotah House in Wisconsin. He was ordained a deacon in 1975 and a priest in 1976. Fr. Beauchamp served parishes in The Episcopal Diocese of Northwest Texas, in Midland and Levelland, Texas. He also served The Episcopal Diocese of Dallas as Cathedral Canon for St. Matthew’s Episcopal Cathedral. Additionally, he served two suburb parishes one in Plano and the other in Addison, Texas and worked as a Professional Development Officer for Community Service Bureau in Dallas.

Then, Father B served Hillsdale College from 1988 until his retirement in 2016. He served as College Chaplain, and Founding Director of the College’s Great Opportunities for Assistance and Leadership program, a program of community service and Assistant Director of Student Activities. Father B was especially proud to serve for many years under head coach Keith Otterbein as the Academic Coach and mentor for the college’s football program. Father and Mrs. Beauchamp were both active within the Greater Hillsdale community, serving on various community boards. Father B was also the Founding Rector of Holy Trinity Anglican Parish in Hillsdale. Under his guidance, Holy Trinity was founded, established as a 510.c.3. non-profit organization and began worship services in 1989. Under his direction, the parish purchased four acres of land, built a unique and beautiful church building. The parish was debt-free within ten years and Father B continued as the founding rector until his retirement in July of 2017. At his retirement, the parish bestowed upon him the title of Rector Emeritus. Throughout his tenure at Holy Trinity, the parish established a tradition of providing classical religious music within the congregation and community. Holy Trinity also developed a focused ministry to the ever-growing Hillsdale College professional and student community.

Father and Kathy Beauchamp moved to Pinehurst from Hillsdale, Michigan in September 2017 and began attending Christ Church. In November of that year, he took a position on the staff as an Associate Priest. In Pinehurst, the family feels at home among the beautiful pines that dominate the landscape. 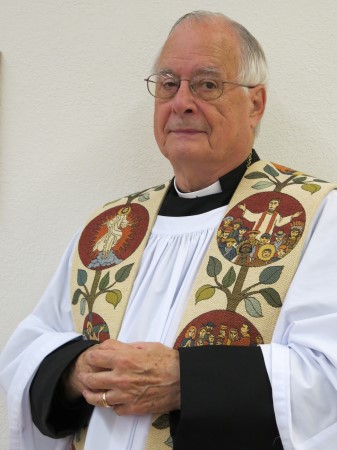 Email: Send us a message! →